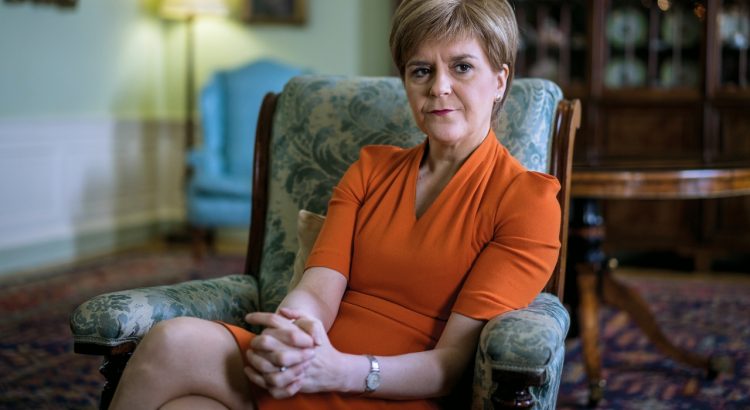 Did you know that First Minister Nicola Sturgeon’s ancestors were Ulster Scots?  Scots who had moved to Ulster and may have been there for as long as two hundred years before coming back to settle on Ayrshire soil around 1847. Robert Sturgeon was the son of weaver William Sturgeon and his wife Mary Stevenson who lived in County Down. It seems highly likely that it was the famine caused by the potato blight that caused Robert Sturgeon and his wife Mary Cochrane and their family of 5 or 6  to make the journey to Scotland to seek a better life. Robert found work as an agricultural labourer in Dailly in South Ayrshire and the family remained in Ayrshire thereafter.

But what of the origins of the family ?  Why did they move to Ulster in the first place ? The Sturgeon name has its origins firmly in and around Dumfries and the eastern part of the Stewartry. And Sturgeons do crop up associated with a number of historical events associated with the area..

In an epic power struggle during the regency period when James VI was just a boy in 1585, John Maxwell, the Earl of Morton, attacked Stirling Castle with a large number of his tenants from Dumfriesshire. Among them were 15 Sturgeons.

Sturgeons appeared on both sides of the Covenanting argument. In 1644, Sir John Sturgeon of Torrorie (near Kirkbean in Galloway pictured above) was tried in Edinburgh with a number of other lairds for his Royalist sympathies.  Some of his co-accused ended up losing their heads but Sir John seems to have been a little more fortunate. Forty years later, when Covenanters were being hunted high and low during the ‘Killing Times’ , a William Sturgeon of Barncrosh (near Ringford in Galloway) was accused of conversing with Covenanting fugitives.

It’s not inconceivable that Nicola Sturgeon’s ancestors may have moved to Ulster to enjoy greater religious freedom during  the 1680s when the South West of Scotland was a dangerous place for Covenanters. Perhaps we shall never know.

One thought to “The Sturgeons of Dumfries and Galloway”