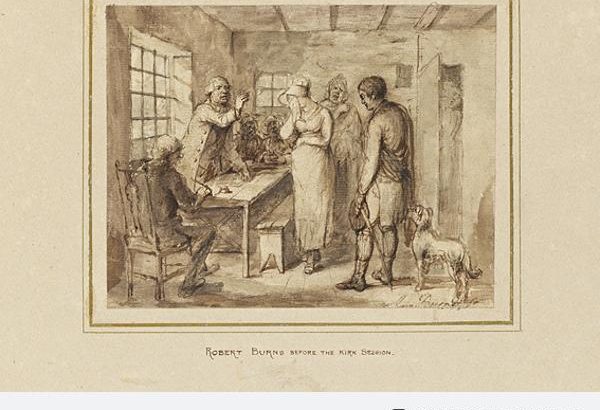 All too often, searching in the Old Parish Registers (OPRs) fails to produce the proof that we’re looking for in terms of a birth or a marriage in the late 18th or early 19th centuries. Now it could be that the ancestors concerned had seceded from the Established Church of Scotland and their records therefore do not feature in the OPRs or the records have not survived or were never properly recorded in the first place. But, particularly for births and marriages in Dumfriesshire and other parts of south Scotland, the Kirk Session records provide an alternative gold mine for genealogists.

The Kirk Session could be regarded as the management committee for the parish and one of their primary objectives was to pay close attention the the morals of their congregation. While they did record and discipline behaviours like drunkenness and failing to observe the Sabbath properly, they were generally much more interested in sexual transgressions. Normally, all such activity was recorded in some detail for which we genealogists are eternally grateful.

One of the basic sins was an irregular marriage i.e. a couple could legally get married outside the church – particularly common for parishes close to the English border where they were able to nip across and get married by either English clergy or lay-men. These marriages were legal in the eyes of the law but the Church did not approve and would discipline any participants. This disciplinary process is fully recorded in the kirk session minutes. These marriages do not generally appear in the OPRs.

The Elders (members of the Kirk Session) would typically keep their eyes open for any single women in the parish who appeared to be pregnant and any such women would be referred to the Session. They would be required to come before a meeting of the Session and confirm their pregnancy and name the father, and where the activity took place. The suspected father would then be summoned to appear also and in most cases, accepted that they were the father. Both parties would then be subject to a disciplinary process requiring them to be rebuked in front of the whole congregation perhaps several Sundays in a row depending on the particular circumstances. In some cases they could pay an additional fine in order to avoid the repetitive and presumably embarrassing process of rebuke.

In rural Dumfriesshire where there was a large population of young farmworkers, both male and female, living away from home, there were a large number of these cases which means that the kirk session records can often be very extensive. Minutes for Canonbie parish for example extend to over 1000 pages even with some dates missing. In some cases, the expectant couple would choose to get married by the church but often this didn’t happen. The church itself was particularly concerned that the father would accept responsibility for the child which meant that he would be expected to provide something for the child financially. This meant that the parish would not be responsible for supporting the child.

Although there was talk of Kirk Session records being made available via Scotlandspeople, this is not the case today and there are no immediate plans that I’m aware of to do so. Consultation therefore of the Kirk Session records (which have been fully imaged) requires a visit to the National Records of Scotland in Edinburgh or one of the satellite access points elsewhere in Scotland. The online NRS catalogue (https://catalogue.nrscotland.gov.uk/nrsonlinecatalogue/welcome.aspx) can be used to check the kirk session minutes coverage for each parish. Enter ‘CH2’ in the reference field when searching. Relatively Scottish can search kirk session records for you at the NRS – please get in touch to learn more.