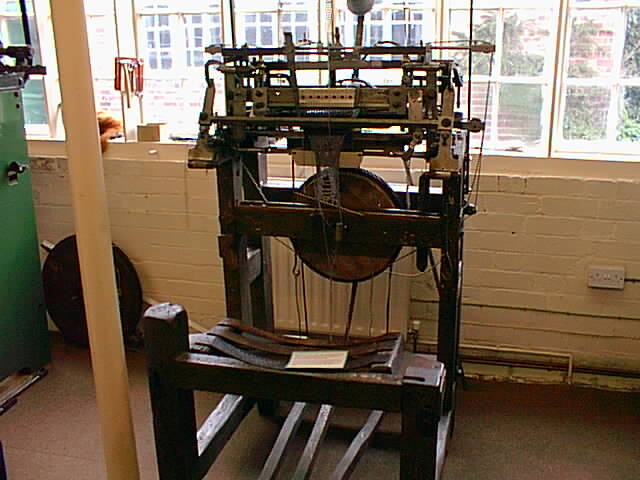 The Scottish Borders are often portrayed as an area of ancient traditions and people strongly wedded to their local communities. And while this is essentially still true, it belies the fact that in Victorian times , the migration of people into the mill towns of Hawick, Galashiels and Selkirk was every bit as dramatic as that we associate with coal, iron , steel and shipbuilding areas like Clydeside and Tyneside. 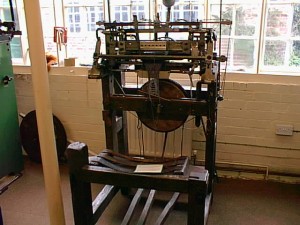 In Hawick it all took off in the late 18th century when Baillie John Hardie introduced early framework knitting machines (see left) . The Border hills had always been a natural home for sheep and the rivers provided a source of power for the mills and the industry took off in a big way. It grew constantly over the next one hundred years across the main Border towns. The population of Hawick increased more than four fold during the 19th century.

The Censuses show us that people moved from all parts of the United Kingdom to live and work in Hawick during this time. In 1901 over 800 residents of Hawick had been born in England. Perhaps surprisingly there were less than 200 from Ireland. Over 1000 though came from Dumfries and Galloway and almost 600 from Edinburgh and the Lothians. In fact there were woollen industry workers there from every county in Scotland. Throw in watchmakers and butchers from Germany, some ice cream sellers from Italy and returning Colonials from Australia and Canada and there is a cosmopolitan mix in Hawick, Galashiels and Selkirk at that time.

And that’s one of the reasons that keeps things interesting with family history research in the Borders. It is not just about the Scotts , Turnbulls, Olivers and Laidlaws but about the diverse surnames from across the countries of Scotland, England and beyond. It could just as well feature Spreng, Gaylor, Virtue and Nardini, all established names in Hawick in 1901.