For over 150 years we’ve been spoiled by the marvellous accurate, detailed general maps of Scotland produced by the Ordnance Survey. Before that, many maps were produced perhaps for a wealthy landowner or for some specific purpose such as clarifying town and burgh boundaries.  They were often surveyed by a single surveyor with the minimum of assistance. On the one hand they are a unique record of a district at one moment in time, before the provision of central government-sponsored countrywide mapping. On the other hand, they can be hopelessly inaccurate, inconsistent and just plain misleading.

Thomas Kitchin for example was a prolific London-based, 18th century map maker who produced county maps for many parts of England and Scotland. However his map of Dumfriesshire which does in places show the smallest of villages fails to include larger places like Lockerbie and Thornhill. This basic error is typical when the map maker is somewhat distant from the surveying process and relies on others for survey information.

On the other hand, Matthew Stobie was an Edinburgh-based surveyor who was not known for producing many maps. But as well as a number of maps of parts of the Highlands though, he did produce an excellent detailed map of Roxburghshire over four sheets in 1770. Unlike many contemporary mapmakers, he attempts to map each and every house in the rural areas. This can be a real boon for family historians trying to work out exactly where their ancestors might have lived. A small part of his map showing the Jedburgh area is shown below – click on it to go to the full-size map. At this time others were able to avoid having to survey everything by using stylised representations of small groups of houses on a farm or in a hamlet which may not have represented the actual layout on the ground (cf. Crawford’s Map of Dumfriesshire, 1804) 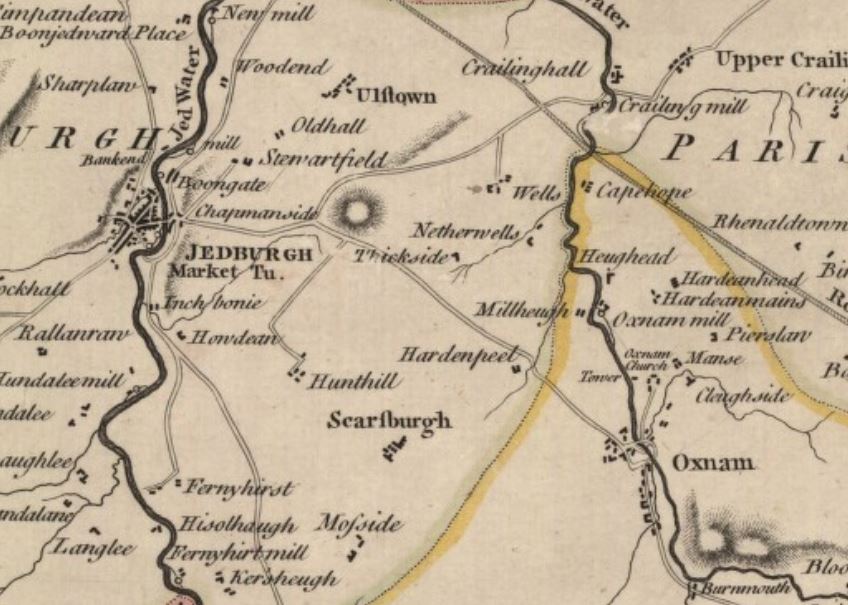 For genealogists interested in any early 19th century Scottish burghs , John Wood produced a beautiful set of maps showing not just a detailed layout with all the street and close names, but often the names of all the property owners too.  Take a look at part of the John Wood map of the burgh of Selkirk dating from 1823 below. 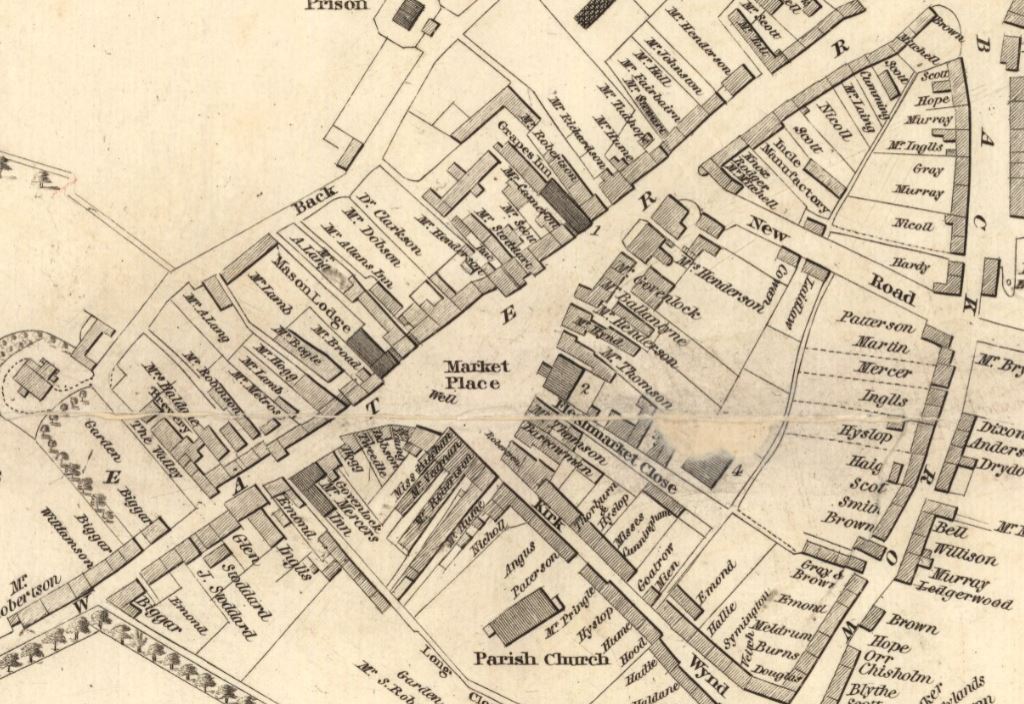 And best of all is that all of these resources can be accessed free of charge from the comfort of your own home. These and many other maps are available on the National Library of Scotland’s website at http://maps.nls.uk .  And one of the more recent innovations on the site is the availability of geo-referenced overlays – the ability to overlay a modern map on top of an old map to see what has changed over time. This is infinitely fascinating for those of us with a love of maps and you can easily spend hours comparing old and new.

One thought to “Old maps for family history”