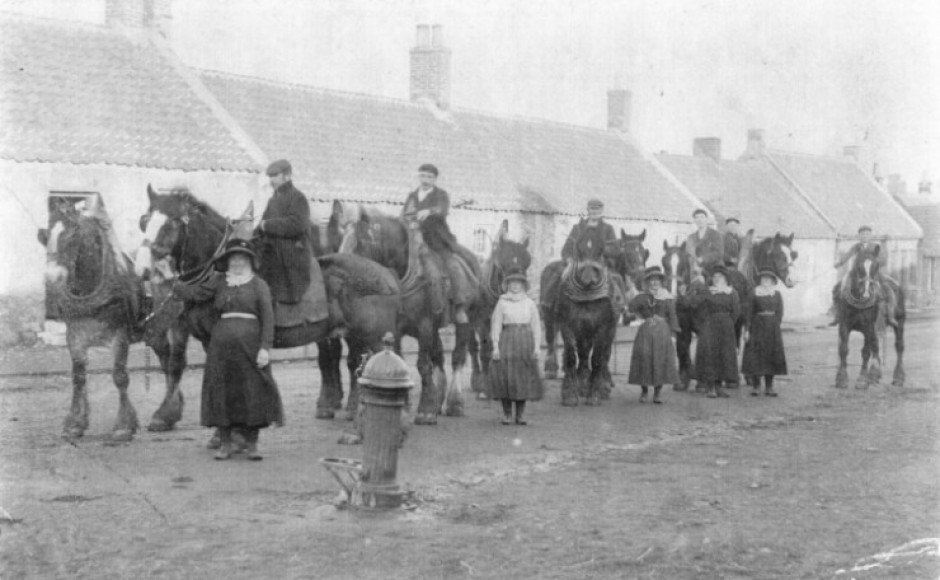 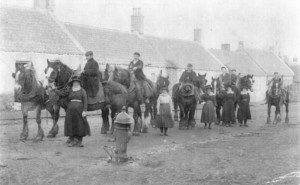 One of the fascinating things about looking at old censuses is the glimpse that you get into a world which has entirely disappeared. Return to around 1860 and large numbers of rural women and girls were working as bondagers in a system peculiar to the Eastern Borders and Northumberland. A married ploughman (known as a hind) would require to engage another person willing to work long hours in the fields in order to get a contract of employment with a farmer. This was normally a woman. It could be his wife, daughter or a complete stranger. In the case of a stranger being taken on, the hind was required to provide bed and board for the woman and pay her for work done. This ancient feudal system was deeply unpopular with the hinds who felt they got a raw deal. They often only had one room for the whole family and the bondager to live in and were expected to provide her with food and clean her clothes too.  After much unrest in the middle of the 19th century, matters came to a head in 1866 and finally the system of bondage started to be done away with, with the woman continuing to work hard outdoors, but with a direct contract of employment with the farmer. They were then normally referred to as ‘out workers’.

One notable feature of the bondager was the distinctive costume that they wore with extravagant hats and often colourful skirts and wraps. The costume continued beyond the end of the bondage system and could be seen in Border fields up until the period between the 2 World Wars. More information on The Bondagers website.

If you had ancestors who were agricultural labourers in the arable fields of Berwickshire or Roxburghshire in the 19th century then its quite likely that they will have been involved in this system. The census enumerator doesn’t always use the term ‘bondager’ but when you find a record of a family of agriculural labourers apparently with an unrelated servant girl living with them, then that is very likely to be a bondager household.

4 thoughts to “Bondagers in Berwickshire and Roxburghshire”